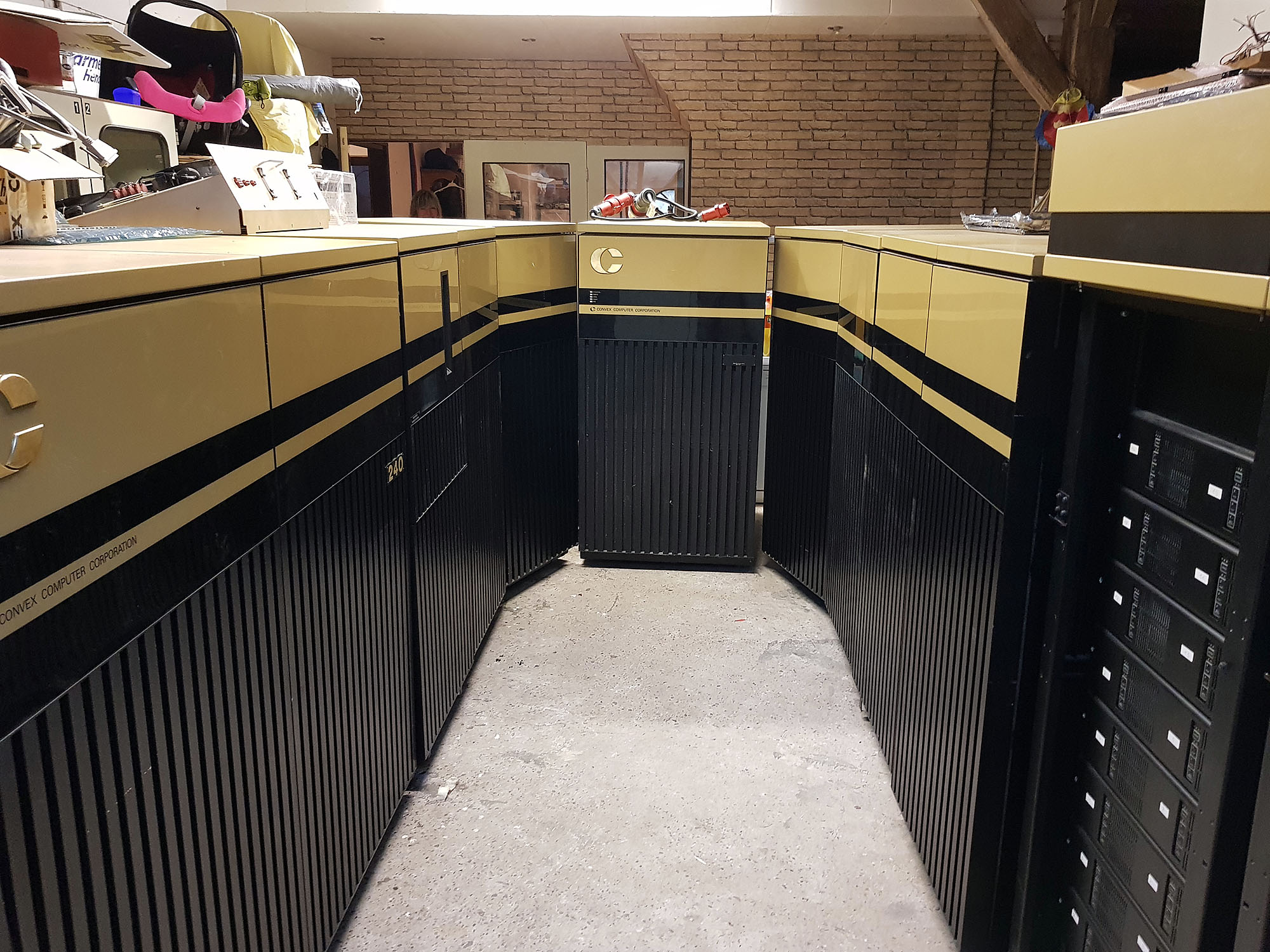 In 1982, when Cray Research was still solidly holding the supercomputer performance crown with the Cray 1 (and later the X-MP), the Convex Computer Corporation was formed in Texas. Their goal: to build the fastest computer available under 1 million dollars.

Their first product, the C1, released in 1985, was very similar to the Cray-1, centered around a massive vector processor. Using less exotic hardware techniques, it delivered about 1/4 of the performance of a Cray at 1/10th the price, which hit a sweet spot with many research institutes and big corporations.

The collection has a full-blown C1 XP, as well as a smaller C1 XL.

After the success of the Convex C1, Convex developed the C2, a faster version of the processor, delivering up to 100 MFLOPs. Around these, they built multiprocessor systems with up to 4 CPUs, ranging in price from around 600,000 USD to 2,500,000 USD.

Unlike the C1, the C2 uses ECL logic, which requires a lot of power. The collection has both a 2 processor C220, and a 4 processor C240, drawing 12 and 20 KW of power respectively.

As of today, our C220 is up and running, and has ConvexOS 11.5.1 installed. We intend to use this system for demonstrations in the museum, and we should have enough spare parts to keep it going for a while.

After the C2, Convex developed the C3800, the world's first supercomputer using Gallium Arsenide (GaAs) for it's circuitry. By this time however, the industry was starting to move away from big, expensive vector processors, towards massively parallel systems.

Convex developed the Exemplar SPP systems, built around HP's PA-RISC processor as their entry into the massively parallel market, and was acquired by HP shortly after that. The legacy of the SPP systems lives on in the HP Superdome systems of today.

Convex was the first of a long list of minisupercomputer manufacturers, and one of the longest lived ones.

Plans to acquire an SPP are in progress.