Getting an SRM for the Intel iPSC/860 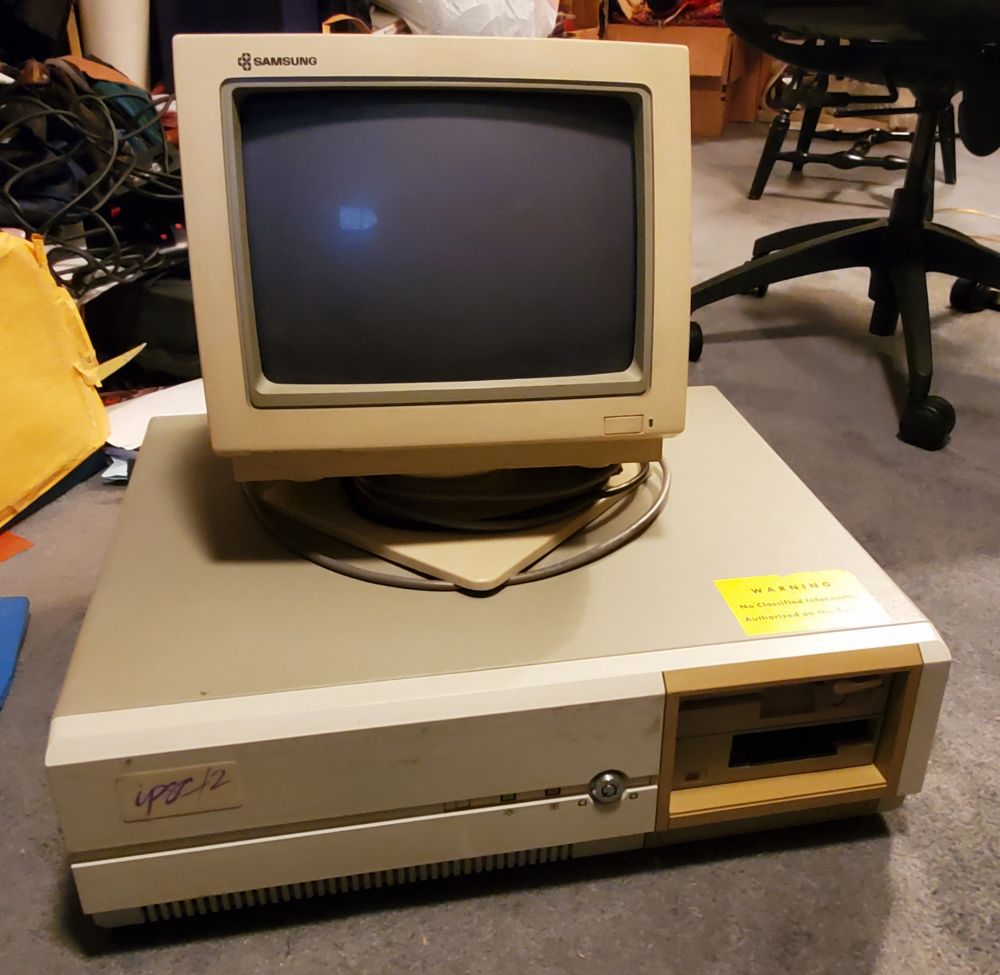 One of the Four Supercomputers we acquired in 2017 is an Intel iPSC/860 hypercube supercomputer. Sadly, we've never been able to run it, because a vital part has been missing. We're glad to announce that this is about to change soon!

The vital part that's missing is the SRM - Systems Resource Manager - and it looks just like an ordinary desktop PC. In fact, it almost is. It's a desktop computer with an Intel iSBC386AT main board. It's one of the first IBM AT compatible main boards with a 386 processor. What makes the system special though, is the interface card to connect it to the hypercube. That interface card uses a special 32-bit variant of the AT bus that only exists on this main board. The SRM runs System V UNIX, and is normally loaded with all the tools to control the hypercube, and the compilers and linkers to develop software for it.

On one of the Facebook groups dedicated to vintage computers, there have recently been some discussions about Intel parallel supercomputers (iPSC, iPSC/2, iPSC/860, and Paragon). This led to a posting by an individual from Seattle who has all the interesting parts from an iPSC/2 / iPSC/860 hybrid (the iPSC/2 and iPSC/860 share the same basic architecture, and mixed configurations, with both i386 (iPSC/2) and i860 (iPSC/860) node boards, are supported. Furthermore, these parts, including the SRM, were removed from a working system relatively recently (about 10 years ago).

Given that we've been looking to get our iPSC/860 system running ever since we received it, but had pretty much given up on ever being able to find the SRM for it, it's needless to say that we jumped on this. We contacted the individual, and they were happy to donate the parts they have to us. They'd much rather see these go into a running system than see them hanging on a wall for decoration somewhere.

We're now in the process of arranging shipping for the SRM, a card cage with some 386, 860, and I/O node cards, and what looks to be a complete set of documentation and software.

Shipping has been arranged. The items have been collected from the donor, and are now sitting in our shipper's warehouse, being professionally packaged for shipping as air freight while all the paperwork is being done.

The items are now in customs processing in Cincinnati. Expected arrival data according to the shipper is March 11th.

The items spent some time in Los Angeles yesterday (making me think that they probably did not go to Cincinnati, but that only the paperwork was done there). Import fees have been paid, and just now, the items arrived in Brussels. They're getting close!